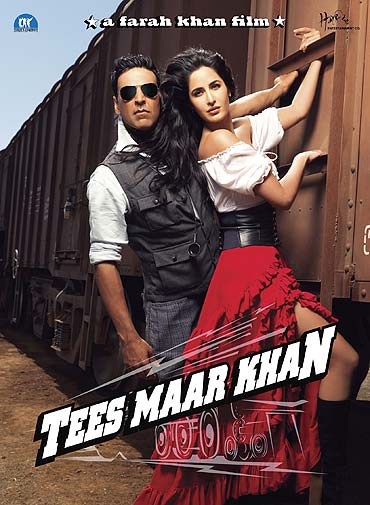 Why did Farah Khan go astray with Tees Maar Khan?
Christmas releases have become, over the last few years, the domain of Aamir Khan: Taare Zameen Par, Ghajini and 3 Idiots were all super-successes. Perhaps Farah Khan should just have cast this Khan instead of her former lucky charm Shah Rukh Khan in her latest film Tees Maar Khan.
That humble suggestion aside, a few reasons we feel TMK didn't live up to expectations:
1. The lack of script
Farah has proven herself to be a killer writer, both Main Hoon Na and Om Shanti Om emerging as wonderfully absurd entertainers with great spirit, in a very different league from what passes for comedy in Bollywood.
This one, written by husband Shirish Kunder and his brother Ashmith, is a more pedestrian script, with very few great gags and much forgettable mediocrity.
It just doesn't make the cut as a Farah Khan film.